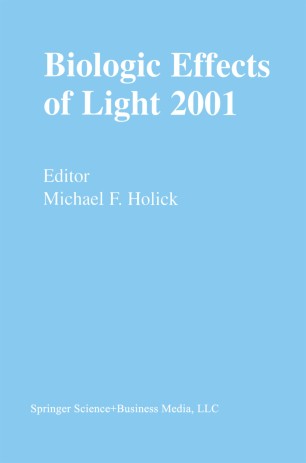 As humans ventured into the twentieth century, the industrialized countries were confronted with the scourge of rickets. Although solariums were becoming common in the early 1900s and phototherapy was gaining popularity as a result of the awarding of a Nobel Prize to Finsen in 1903, it wasn't until 1921 when Hess and Unger demonstrated that rickets could be cured by exposure to sunlight that the healthful benefit of sun exposure appreciated. In 1941, Apperly (Cancer Research; 1: 191-195, 1941) noted that the occasional increased risk of skin cancer was associated with a decreased risk of many other more common and serious cancers. The alarming increase in the number of cases of skin cancer, especially melanoma, has caused great concern about the negative role of sunlight in health. The Sixth International Arnold Rikli Symposium on the Biologic Effects of Light was held in Boston, Massachusetts from June 16th - 18th, 2001. The goal of this Symposium was to focus on the very popular practice of tanning either by sunlight or by artificial light sources and the overall impact this practice has on health and disease. The program was organized by members of the Scientific Advisory Committee and my co-chair emeritus, Professor Ernst G. Jung. The Program Committee organized an outstanding state-of-the-art program that was enthusiastically received by the participants.