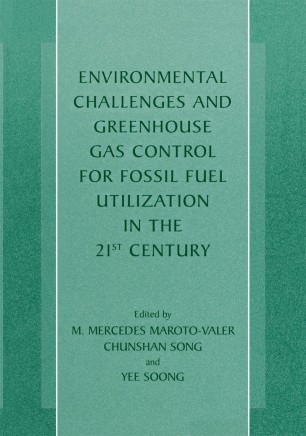 As we are moving ahead into the 21st century, our hunger for cost­ effective and environmentally friendly energy continues to grow. The Energy Information Administration of US has forecasted that only in the first two decades of the 21st century, our energy demand will increase by 60% compared to the levels at the end of the 20th century. Fossil fuels have been traditionally the major primary energy sources worldwide, and their role is expected to continue growing for the forecasted period, due to their inherent cost competitiveness compared to non-fossil fuel energy sources. However, the current fossil energy scenario is undergoing significant transformations, especially to accommodate increasingly stringent environmental challenges of contaminants like sulfur dioxide, nitrogen oxides or mercury, while still providing affordable energy. Furthermore, traditional fossil fuel utilization is inherently plagued with greenhouse gas emissions from combustion, especially carbon dioxide from stationary sources as well as from mobile sources. Should worldwide government policies dictate a reduction of greenhouse gas emissions, such as proposed by the Kyoto Protocol and the implementation of carbon taxes, fossil fuels would lose their significant competitive appeal in favor of nuclear energy and renewable energy sources. However, the current non-fossil fuel energy share of the worldwide energy market is merely below 15%, and therefore, it is more likely that fossil fuel energy producers would adapt to the new requirements by developing and implementing emission control technologies, and emission trades among other strategies.