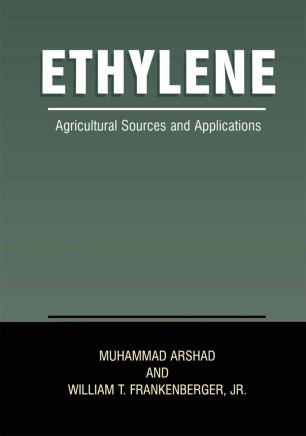 With an ever-increasing demand for more food supply, agricultural scientists will have to search for new ways and technologies to promote food production. In recent decades, plant growth regulators (PGRs) have made great strides in promoting plant growth and development. PGRs are organic compounds which have the ability to dramatically affect physiological plant processes when present in extremely low concentrations (in the range of micro-to picograms). Although all higher plants have the ability to synthesize PGRs endogenously, they do respond to the exogenous sources most likely due to not having the capacity to synthesize sufficient endogenous phytohormones for optimal growth and development under given climatic and environmental conditions. In recent years, PGRs have established their position as a new generation of agrochemicals after pesticides, insecticides and herbicides. Interest in the commercial use of PGRs for improving plant growth and crop yields is also increasing because of their non-polluting nature. The use of PGRs in the post-harvest technology is well established and many new breakthroughs have recently been revealed.

From the reviews:
"...a comprehensive account of our current knowledge of ethylene ... The strength of the book is that it brings together a large amount of information on microbial ethylene, and in this respect it is unique.
(P. John in Annals of Botany Company, 2002)
"In conclusion, the book can be recommended to anyone with an interest in "Plant Science", teachers, graduate students and plant scientists (whether working or not on ethylene) who would like to have an extended and comprehensive view of the role of ethylene in areas such as plant microbe interactions, soil science and applied aspects of the use of ethylene in agriculture, areas other than plant physiology per se."
(Plant Science, 162, 2002)
"The main emphasis of this book is on the microbial production of ethylene and its effects on plant growth. Each chapter is well-written and has adequate figures and tables to support the essence of the material presented in the text. There are extensive references at the end of each chapter. Although the book was published in 2001, there are few references beyond 2000. [...] the vast amount of information presented in this book on the microbial production of ethylene, and the activity of ethylene in soil, symbiosis, and pathogenesis make the book well worth acquiring. While this book will be valuable to anyone interested in the biology of ethylene, the book may be of more use to soil scientists and plant pathologists than to horticulturists. [Ethylene: Agricultural Sources and Applications] gives a thorough background on our current knowledge of ethylene in plant biology and is an excellent reference to the synthesis and action of ethylene in microbes."
(Mikal E. Saltveit, University of California, Davis in HortScience, 38:1, February 2003)
Buy options