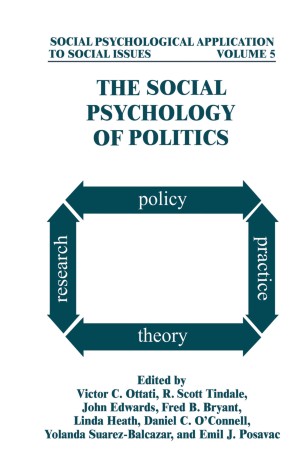 The Social Psychology of Politics

Early studies of political behavior examined the sociological, attitudinal, and rational determinants of political behavior. However, none of these approaches provided a descriptive model of how people process political information and make political decisions under naturalistic conditions that involve limited cognitive capacity and motivation. Fortunately, contemporary approaches within the field of political psychology have begun to address these concerns. Inspired by recent advances in the area of social psychology, researchers are rapidly developing more realistic and detailed models of the psychological process that determines political judgements and behavior. Early attempts to merely predict political behavior have been replaced by an attempt to describe the actual process whereby individuals gather, interpret, exchange, and combine information to arrive at a political judgement or decision. This volume provides comprehensive coverage of this pioneering era of research in political psychology.