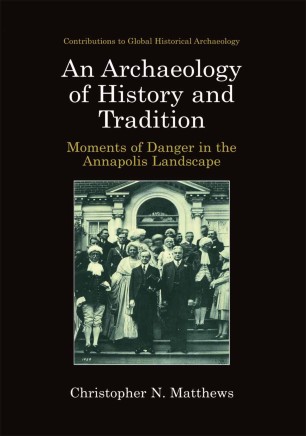 An Archaeology of History and Tradition

Moments of Danger in the Annapolis Landscape

As the foundations of the modern world were being laid at the beginning of the 19th century, Annapolis, Maryland, identified itself as the Ancient City. This unusual appellation has served Annapolis into the present as a city that has consistently defined and redefined for itself what being ancient means. The process of historical recognition and preservation that has played out in Annapolis provides valuable insights into the way modern Americans in general have come to know and use the past.

Though often conceived to be in opposition, modernity and tradition can be paired as cultural strategies that allow the modern world to be articulated with the tradition it hoped to replace. The multiple histories and historic landscapes derived from archaeological investigations in Annapolis are presented to show that the physical world below the surface of the city has been defined by constructions of modernity in tandem with the survival of certain traditions.