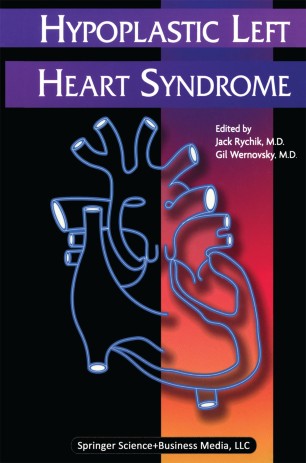 Despite approximately 50 years of progress in the management of com­ plex congenital heart disease, hypoplastic left heart syndrome (HLHS) has been one of the last cardiac malformations to yield to effective surgical treat­ ment. The surgical therapies for hypoplastic left heart syndrome have evolved by two quite disparate routes. One approach has been the staged reconstruc­ tion operations utilizing an initial operation pioneered by many but developed by Dr. William Norwood and subsequently modified by many other investigators. The first stage reconstruction operation has been refined and standardized such that the majority of infants now proceed to second and third stage reconstruc­ tive operations culminating in a Pontan Kreutzer single ventricle physiology. An alternative surgical approach has been the development of neonatal and infant heart transplantation for HLHS. This approach also has had a signifi­ cant impact on the treatment of HLHS and other cardiac malformations and has been associated with good intermediate term results. Both of the thera­ peutic approaches devised for treatment of hypoplastic left heart syndrome have been effective and the outcomes are continuing to improve with each.