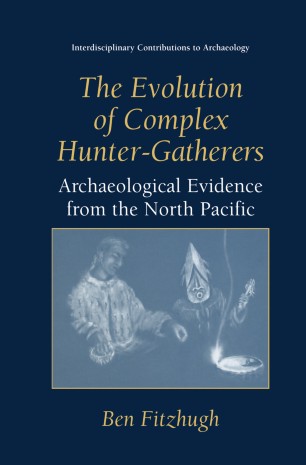 The Evolution of Complex Hunter-Gatherers

Archaeological Evidence from the North Pacific

In 1987, I had the good fortune to join in the excavation of a phenomenal archae­ ological site on the western coast of Kodiak Island, in Alaska. The New Karluk site (a. k. a. , "Karluk One") was perched on the edge of the small village of Karluk at the mouth of the river of the same name, once one of the most productive salmon rivers in the North Pacific. I had just completed my sophomore year of college, and under the direction of Richard Jordan, I enthusiastically joined sev­ eral other students in the Kodiak Archaeology Projects New Karluk excavation. I had participated in my father's archaeological research in Eastern Canada since early childhood, but the Karluk dig was unlike any archaeology I had experienced before. For three months, we peeled back layers of grass, wood, and earth floors separated by remnants of ancient sod roofs. Due to the unusual preservation and richness of the site, at every tum we uncovered perishable items such as bent-wood bowls, masks, dolls, puffin-beak rattles, grass baskets, fragments of fiber netting, locks of hair, and food waste. Preservation was so excellent, in fact, that we often exposed grass blades still green after hundreds of years, which once exposed to air would tum brown before our eyes.