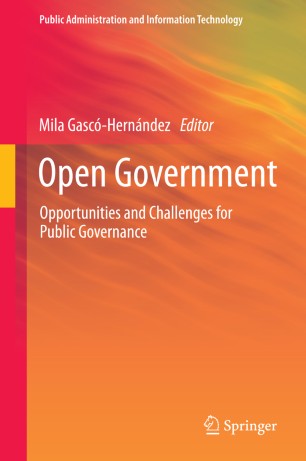 Opportunities and Challenges for Public Governance

On January 2009, President Obama signed the Memorandum on Transparency and Open Government. The memorandum declares the new Administration’s commitment to creating an unprecedented level of openness in Government and establishing a system linking three principles: transparency, public participation and collaboration. Since then, federal agencies in the United States and public administrations around the world have embarked on open government initiatives and have worked to redefine their relationship with citizens and with each other. On September 20th, 2011, eight governments gathered in New York City to launch the Open Government Partnership, a new multilateral initiative to promote open government. The benefits attributed to open government are many and by no means universally shared. They include the claims that open government leads to more effective decision making and services, safeguards against corruption, enables public scrutiny, and promotes citizens’ trust in government. However, the speed of events and pressure to implement has given rise to confusion and ambiguity. Although many of the initiatives have been based on opening data and on promoting open action, governments have followed different directions and interpretations when it has come to implement them and development of open government has become unequal and heterogeneous. This book provides a comprehensive study of recent major developments of open government around the world, and analyzes the importance of open government efforts for public governance, making it of interest to academics and practitioners worldwide.