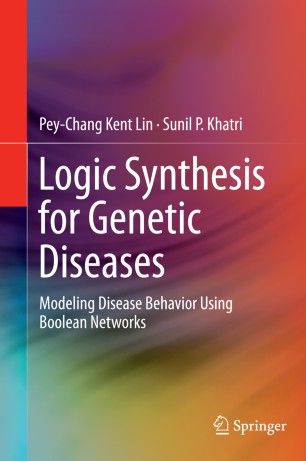 This book brings to bear a body of logic synthesis techniques, in order to contribute to the analysis and control of Boolean Networks (BN) for modeling genetic diseases such as cancer. The authors provide several VLSI logic techniques to model the genetic disease behavior as a BN, with powerful implicit enumeration techniques. Coverage also includes techniques from VLSI testing to control a faulty BN, transforming its behavior to a healthy BN, potentially aiding in efforts to find the best candidates for treatment of genetic diseases.

• Discusses a new application for logic synthesis, which enables the use of Boolean Networks to model the behavior of genetic-based diseases;
• Demonstrates how techniques such as Boolean Satisfiability (SAT) and Automatic Test Pattern Generation (ATPG) can be applied in the context of genetics;
• Provides content that appeals to researchers in genetics and logic synthesis and enables readers to make the connection between genetic diseases and logic techniques in a clear, unambiguous manner.