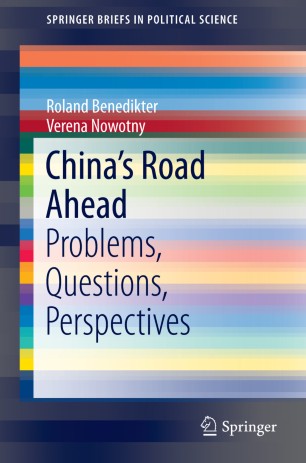 This book provides a critical commentary on China's situation and future outlook from the perspective of the 2012-13 generational power transfer. In this power transfer, taking place against the background of an increasingly unstable domestic situation, an apparently outstandingly successful generation of “half-communist” leaders, recently increasingly plagued by scandal, transferred responsibility to a generation confronted by mixed expectations and factional in-fighting. Many international observers doubt that the new leadership will have the will or the power to introduce serious reforms in a country that reports 100,000 riots involving more than 500 persons in public areas per year. The China of 2013 seems to be in the midst of a transition seldom seen since the 1970s. The question is if the resulting hope expressed by Chinese dissidents and Western leaders for a “necessary” development of China's still largely autocratic system towards a kind of context-adequate democracy is plausible or not. Featuring incisive commentary by the authors and interviews with experts on the region’s political economy, the volume addresses such timely questions as: Should “rapid democratization” of China be the strategic goal of the West or rather a step-by-step approach towards the “rule of law“ first, and “illiberal democracy” to follow? Should the West be more worried about a thriving China, or a China in crisis? Will China’s success contribute to the success of the global community and the world order system, or be a threat to it? What can the West do to help China develop more participatory and inclusive approaches in order to secure social stability? And how can the West strengthen its democratic allies on China’s borders?

“This is a book I recommend to students and teachers around the globe. It provides a concise introduction into present China’s main problems, questions and perspectives. A must for all who try to understand the rising Pacific giant not through short-term answers, but through long-term questions.”

“The rise of China to global superpower calls for clear, condensed, yet comprehensive comments for the broader public. This book accomplishes those goals, providing a quick yet comprehensive introduction into what we may expect as the Middle Kingdom seeks to assert what it increasingly sees as its rightful role as a leading world power.”
Professor Richard Appelbaum, MacArthur Foundation Chair in Global & International Studies and Sociology, University of California at Santa Barbara

“The new constellation between China and the West needs inspiring departure points of discussion, which may be sober or provocative. This booklet is both in one. It should be used as a basis for in-depth discussion and I recommend it for classrooms and the global civil society debate.”