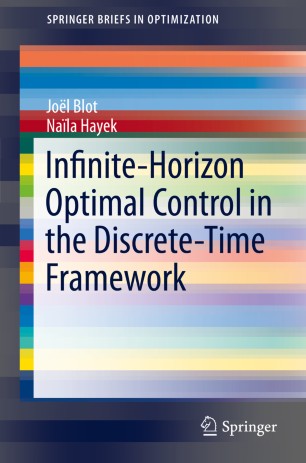 Part of the SpringerBriefs in Optimization book series (BRIEFSOPTI)

​​​​In this book the authors take a rigorous look at the infinite-horizon discrete-time optimal control theory from the viewpoint of Pontryagin’s principles. Several Pontryagin principles  are described which govern systems and various criteria which define the notions of optimality, along with a detailed analysis of how each Pontryagin principle relate to each other. The Pontryagin principle is examined in a stochastic setting and results are given which generalize Pontryagin’s principles to multi-criteria problems. ​Infinite-Horizon Optimal Control in the Discrete-Time Framework  is aimed toward researchers and PhD students in various scientific fields such as mathematics, applied mathematics, economics, management, sustainable development (such as, of fisheries and of forests), and  Bio-medical sciences who are drawn to infinite-horizon discrete-time optimal control problems.