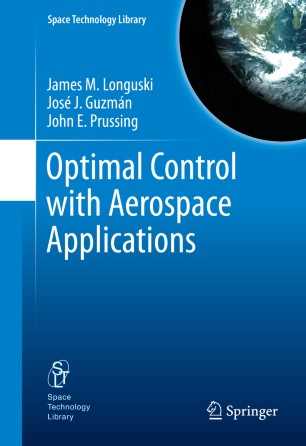 Want to know not just what makes rockets go up but how to do it optimally? Optimal control theory has become such an important field in aerospace engineering that no graduate student or practicing engineer can afford to be without a working knowledge of it. This is the first book that begins from scratch to teach the reader the basic principles of the calculus of variations, develop the necessary conditions step-by-step, and introduce the elementary computational techniques of optimal control. This book, with problems and an online solution manual, provides the graduate-level reader with enough introductory knowledge so that he or she can not only read the literature and study the next level textbook but can also apply the theory to find optimal solutions in practice. No more is needed than the usual background of an undergraduate engineering, science, or mathematics program: namely calculus, differential equations, and numerical integration.

Although finding optimal solutions for these problems is a complex process involving the calculus of variations, the authors carefully lay out step-by-step the most important theorems and concepts. Numerous examples are worked to demonstrate how to apply the theories to everything from classical problems (e.g., crossing a river in minimum time) to engineering problems (e.g., minimum-fuel launch of a satellite). Throughout the book use is made of the time-optimal launch of a satellite into orbit as an important case study with detailed analysis of two examples: launch from the Moon and launch from Earth. For launching into the field of optimal solutions, look no further!

Professor Longuski has published over 200 conference and journal articles in the area of astrodynamics on topics that involve designing spacecraft trajectories that explore the Solar System and a new idea to test Einstein's General Theory of Relativity. He also coauthored several papers with Dr. Buzz Aldrin on a human Earth-to-Mars transportation system, known as the “Aldrin Cycler.” He has published two other books, Advice to Rocket Scientists (AIAA, 2004) and The Seven Secrets of How to Think Like a Rocket Scientist (Springer, 2007). In 2008 Professor Longuski was inducted into Purdue University's Book of Great Teachers.
Dr.  José J .Guzmán obtained his Aeronautical and Astronautical Engineering BS, MS, and PhD degrees from Purdue University. He joined a.i. solutions in 2001 and was a member of NASA's Wilkinson Microwave Anisotropy Probe (WMAP) trajectory design and maneuver team. From 2004 to 2009 Dr. Guzmán was a senior member of the technical staff at The Johns Hopkins University Applied Physics Laboratory (APL).  At APL he worked on the trajectory design and analysis team for the Solar TErrestrial RElations Observatory (STEREO) mission. He was a coauthor on a paper, “STEREO Trajectory and Maneuver Design,” which won the 2009 Walter G. Berl Award for Outstanding Paper in the APL Technical Digest. Dr. Guzmán is currently a principal senior engineer at Orbital Sciences, where he has been working on the mission design and planning for cargo missions to the International Space Station. He is a member of the American Astronautical Society and a senior member of the American Institute of Aeronautics and Astronautics. Dr. Guzmán has served as a lecturer at The Johns Hopkins University and the Virginia Polytechnic Institute and State University.
Professor John Prussing received his SB, SM, and ScD degrees in aerospace engineering from MIT, culminating in his 1967 doctoral thesis, “Optimal Multiple-Impulse Orbital Rendezvous.” He accepted a postdoctoral position at the University of California at San Diego and in 1969 joined the faculty of aerospace engineering at the University of Illinois at Urbana-Champaign. His primary teaching and research areas are astrodynamics, optimal control theory, and optimal spacecraft trajectories. Professor Prussing is a Fellow of the American Institute of Aeronautics and Astronautics (AIAA), a Fellow of the American Astronautical Society (AAS), and has received the AIAA Mechanics and Control of Flight Award and the AAS Dirk Brouwer Awards for his research contributions. His research has been referenced in 62 archival journals in English, and also in Russian, Chinese, French, and Portuguese journals. In 1993 Professors Prussing and Conway published their textbook, Orbital Mechanics (Oxford University Press), which is available in three hundred public and university libraries worldwide and is in its second edition.

“This textbook addresses applications of the calculus of variations to aerospace problems. … This text should be useful to graduate students in aerospace engineering. The book is equipped with several Matlab codes in the appendices.” (Alexander Mikhailovich Kovalev, zbMATH, Vol. 1297, 2014)