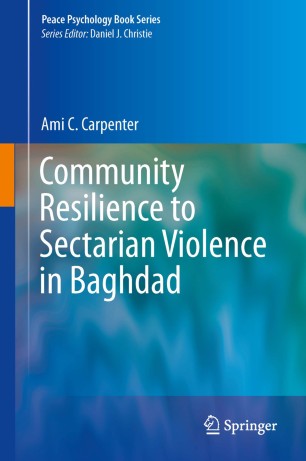 The recent conflict in Iraq evolved from an insurgency against the interim U.S. led government (the Coalition Provisional Authority or CPA) into a sectarian civil war. Violence became widespread, especially in areas of Baghdad City such as Sadr City, Al Amiriyah, and Al Adhamiya. However, a number of multiethnic neighborhoods in Baghdad successfully prevented sectarian attitudes and behaviors from taking hold. Four communities stand out in their self-organization to prevent the escalation of violence. This book looks at what makes these communities different from other areas within Baghdad. In-depth interviews in Sunni-dominant, Shia-dominant and Mixed neighborhoods generated a few key insights about conflict-resilience, or the capacity to prevent structural changes associated with conflict escalation. Key factors turned out to be the organization of non-sectarian self-defense groups, place attachment, collective efficacy, active intervention to de-escalate tensions, and also the presence of local religious leaders who forbid sectarian attacks. The continuity or strength of interpersonal relationships supported by the integrated physical structure of these neighborhoods and internal versus tribal conflict resolution mechanisms played a role as well. This volume examines the characteristics of the communities that have successfully prevented the rise of violence, and how they are able to maintain qualities of resilience to violent conflict.

Community Resilience offers a window into a little studied aspect of protracted conflict --  positive deviance resisting violence is possible!  Ami Carpenter provides a rare, grounded, and in-depth examination of how communities sustain relationships across deep divides and repel the escalation of violence in the midst of war.  A must read and a terrific contribution to our wider understanding of peacebuilding.

Carpenter provides a sorely needed and unprecedented analysis in the research on Iraq, dealing with the Iraqis who sought to overcome the post-invasion sectarian tensions.  Her narrative is the story of the Iraq I know as an Iraqi-American rather than the one portrayed in mainstream discourse.

Ami Carpenter is an Assistant Professor at the Joan B. Kroc School of Peace Studies at University of San Diego. Her research focuses on community resilience to violence, and the criminal dimensions of political conflicts. Area studies have included research in Iraq, Guatemala, the United States, El Salvador, and Zimbabwe. Dr. Carpenter works on numerous initiatives as a mediator, facilitator, trainer, and conflict resolution consultant. She served as a Fulbright Specialist to assist the National Peace and Reconciliation Commission (NPRC) in Zimbabwe to set up the country’s first academic program in peace and conflict studies. Currently, she is researching vulnerability and resilience to violent conflict in Iraqi, Guatemalan, and US communities, including engagement strategies with transnational gangs and criminal networks in Central America.