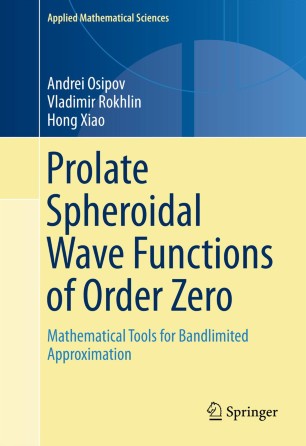 Prolate Spheroidal Wave Functions (PSWFs) are the eigenfunctions of the bandlimited operator in one dimension. As such, they play an important role in signal processing, Fourier analysis, and approximation theory. While historically the numerical evaluation of PSWFs presented serious difficulties, the developments of the last fifteen years or so made them as computationally tractable as any other class of special functions. As a result, PSWFs have been becoming a popular computational tool.

The present book serves as a complete, self-contained resource for both theory and computation. It will be of interest to a wide range of scientists and engineers, from mathematicians interested in PSWF as an analytical tool to electrical engineers designing filters and antennas.