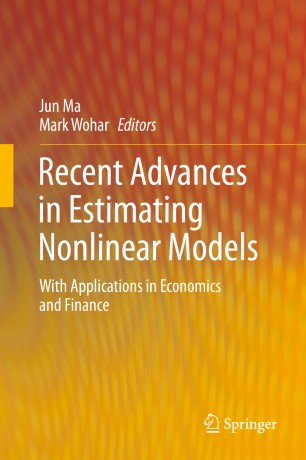 With Applications in Economics and Finance

This edited volume provides a timely overview of nonlinear estimation techniques, offering new methods and insights into nonlinear time series analysis. The focus is on such topics as state-space model and the identification issue, use of Markov Switching Models and Smooth Transition Models to analyze economic series, and how best to distinguish between competing nonlinear models. Most economic theory suggests that the economic relationships among economic variables in the real world are fairly complex and nonlinear. Nonlinear models are necessary to capture these important channels through which economic variables can influence each other and various policies can affect economic activities. This volume features cutting-edge research from leading academics in economics, finance, and business management. The principles and techniques used here will appeal to econometricians, finance professors teaching quantitative finance, researchers, and graduate students interested in learning how to apply advances in nonlinear time series modeling to solve complex problems in economics and finance.