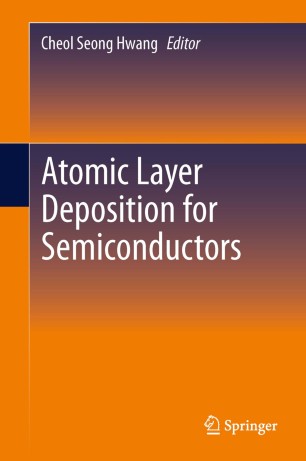 Atomic Layer Deposition (ALD) was originally designed for depositing uniform passivation layers over a very large area  for display devices in the late 1970s. Only recently, in the 21st century, has the this technique become popular for high integrated semiconductor memory devices. This book discusses ALD for all modern semiconductor devices, the basic chemistry of ALD, and models of ALD processes. The book also details ALD for both mass produced memories and emerging memories. Each chapter of the book provides history, operating principles, and a full explanation of ALD processes for each device.

Cheol Seong Hwang received M.S. and Ph.D. degrees from Seoul National University, Seoul, Korea, in 1989 and 1993, respectively. In 1993, he joined the Material Science and Engineering Laboratory at the National Institutes of Standards and Technology, Gaithersburg, MD, as a Postdoctoral Research Fellow. He then joined Samsung Electronics Company, Ltd., as a Senior Researcher in 1994. In 1998, Dr. Hwang became a professor in the department of material science and engineering at Seoul National University. He has authored or coauthored more than 380 papers in international peer-reviewed scientific journals, which have been cited more than 7,500 times.Dr. Hwang was a recipient of the Alexander von Humboldt Fellowship Award, the 7th Presidential Young Scientist Award of the Korean government, and Faculty Excellent Award of Air Products, USA.