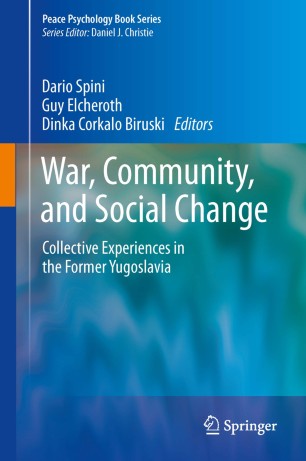 Collective Experiences in the Former Yugoslavia

War, Community, and Social Change documents and analyses how social representations and practices are shaped by collective violence in a context of ethnic discourse. What are the effects of political violence, and what are the effects of collectively experienced victimization on societal norms, attitudes, and collective beliefs? This volume stresses that mass violence has a de- and re-structuring role for manifold psychosocial processes. The interdisciplinary approach draws attention to how most people in the former Yugoslavia had to endure and cope with war and dramatic societal changes, but also how they faced and resisted ethnic rivalry, violence, and segregation. It is a departure from the belief that depicts most people in the former Yugoslavia as either blind followers of ethnic war entrepreneurs or as extremists intrinsically motivated for violence by deep-rooted intra-ethnic loyalties and inter-ethnic animosities.