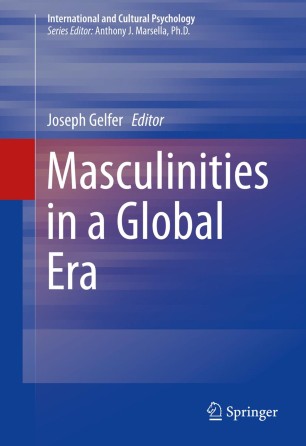 Masculinities in a Global Era

The ongoing movement toward globalization challenges us to reconsider issues of individual identity. Are we evolving into citizens of the world? How crucial is nationality? And for men, what does it now mean to be male?

Diverse answers to this provocative question are analyzed in Masculinities in a Global Era in its theoretical models, study findings, and compelling examples.

Multiple dynamics are displayed in these chapters--gender and sexuality, tradition and change, local and global, East and West--as male identity is defined as a work in progress in locations as disparate as Ireland and Indonesia. Contributors analyze the larger paradoxes and ambiguities of studying masculinity and globalization, and of the gender contexts of globalization as a social phenomenon. As a volume, the perspective is multinational, multiracial, sexually inclusive, and optimistic about globalization as a positive transformative force. Among the featured topics:

Crossing myriad domains much like globalization itself, Masculinities in a Global Era is a thoughtful reference for researchers in a variety of disciplines, including cross-cultural studies, gender studies, sexuality, sociology, and developmental and cross-cultural psychology.

Dr Joseph Gelfer is a masculinities researcher at Monash University, Australia. He is author of Numen, Old Men: Contemporary Masculine Spiritualities and the Problem of Patriarchy (Equinox Publishing, 2009) and editor of 2012: Decoding the Countercultural Apocalypse (Equinox Publishing, 2011). He is also founding and current editor of Journal of Men, Masculinities and Spirituality, an open access journal available at www.jmmsweb.org, and The Best of Journal of Men, Masculinities and Spirituality (Gorgias Press, 2010).

In his introduction to this volume, editor Joseph Gelfer references the emerging literature in global masculinity, including Connell (1998), Pease and Pringle (2001), and Blazina and Shen-Miller’s (2011) International Psychology of Men. Given my lack of familiarity with this area, I approached Masculinities in a Global Era from the standpoint of one who is not a global masculinities scholar and is needier of an introduction than of an advanced course. With that perspective in mind, I don’t think it is unfair to say that this volume can be considered as “Global Masculinities II.” That is, most of the chapters seem to require the reader to have some degree of familiarity with scholarship in this field, as well as a deeper understanding of geography, international conflicts, and global political developments than most of us Americans have (sadly)...As a psychologist, I must add that this is quite unlike other multicultural works that I have encountered. It is a challenging and thought-provoking collection of loosely connected writings that will likely inspire reflection and revision of ideas. However, a reader will not complete this volume having acquired easily digestible information about clinical application or intervention principles...Masculinities in a Global Era is, however, likely to stimulate needed challenges to many entrenched ideas about gender, manhood, and masculinity. I would recommend it to folks in academia, qualitative researchers, and any thinking person wishing to understand the
critical relevance of the life experiences of men that have been underrecognized and underappreciated in most all previous men’s studies scholarship."
Gary Brooks, PsycCRITIQUES
July 28, 2014, Vol. 59, No. 30, Article 4