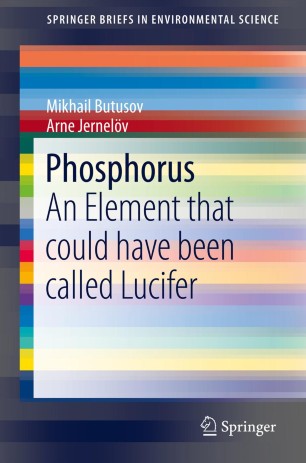 An Element that could have been called Lucifer

​This book starts with depiction of the phosphorus role in life creation and evolution. Then it outlines in which vital processes different phosphates participate in life of all flora and fauna, from DNA molecules till body tissues. Crucial function of phosphates was noticed long ago, but only in XIX century discovery of mineral fertilizers made it possible to sustain the needs of growing global population, thus initiating a “green revolution”. Though, for many decades after it, the complexity of interactions “fertilizer-soil-plant roots” was underrated, causing massive damages, such as soil destruction and eutrophication of waters. Still, mining of exhausting natural phosphate reserves continued worldwide. Lessons of what happened in XIX century due to scarcity of phosphates were ignored. In the meantime, production of phosphates reached its peak few years ago. Immediate implementation of phosphate recycling technologies from municipal wastes can help avoid imminent global disaster.​