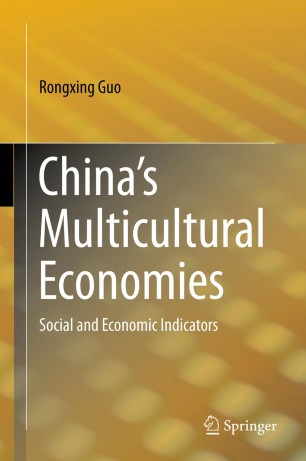 Although the majority of China’s population is of the Han nationality (which accounts for more than 90% of China’s population), the non-Han ethnic groups have a population of more than 100 million. Until now, China has officially identified, except for other unknown ethnic groups and foreigners with Chinese citizenship, 56 ethnic groups. In addition, ethnic groups vary widely in size. With a population of more than 15 million, the Zhuang have the largest ethnic minority, and the Lhoba, with only two thousand or more, the smallest. China’s ethnic diversity has resulted in a special socioeconomic landscape of China itself. This book develops a complete socioeconomic picture and a detailed and comparable set of data for each of China’s ethnic groups. There have not been any precise data on China’s socioeconomic statistics from multi-ethnic dimension. The only official data released can be found in China Ethnic Statistical Yearbook (released by the State Commission of Ethnic Affairs (SCEA) of the People’s Republic of China since 1994). However, as this Yearbook has only reported the socioeconomic statistics for the minority-based autonomous areas, a complete set of China’s multi-ethnic data cannot be derived from it. This book provides a broad collection of data on China’s 56 ethnic groups and profiles the demography, cultural, economy, and business climates for each of China’s diverse ethnic groups.

Rongxing Guo was born in P. R. China. With more than 20 years of experience in teaching and research in China, as well as in Australia, Japan, South Korea, Italy, Germany and the USA, he specializes in regional economics with emphasis on cross-border issues; in Chinese economic issues relating to energy and environmental economics. His recent research projects include "economic growth and income distribution", "cross-cultural economic management", "cultural influences on economic activity", "cross-border resource management", "conflict management in disputed areas", "Chinese economic reform", etc.