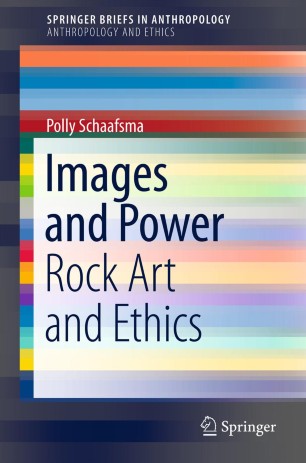 Part of the SpringerBriefs in Anthropology book series (BRIEFSANTHRO)

Images and Power: Rock Art and Ethics  addresses the distinctive ways in which ethical considerations pertain to rock art research within the larger context of the archaeological ethical debate. Marks on stone, with their social and religious implications, give rise to distinctive ethical concerns within the scholarly enterprise as different perceptions between scholars and Native Americans are encountered in regard to worldviews, concepts of space, time, and in the interpretation of the imagery itself. This discourse addresses issues such as the conflicting paradigms of oral traditions and archaeological veracity, differing ideas about landscapes in which rock art occurs, the intrusion of “desired knowledge”, and how the past may be robbed by changing interpretations and values on both sides. Case studies are presented in regard to shamanism and war-related imagery. Also addressed are issues surrounding questions of art, aesthetics, and appropriation of imagery by outsiders. Overall, this discourse attempts to clarify points of contention between Euro-American scholars and Native Americans so that we can better recognize the origins of differences and thus promote better mutual understanding in these endeavors.