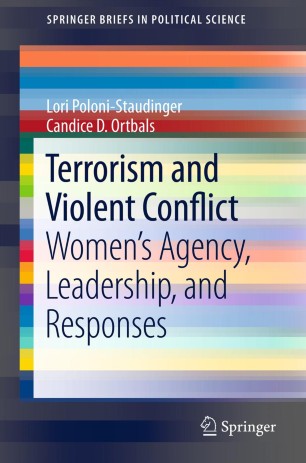 This book explores how gender intersects with political violence, and particularly terrorism.  We ask how gender relations and understandings of femininity and masculinity influence political violence, which includes politics related to terrorism, state terrorism, and genocide. We investigate how women cope with and influence the politics of terrorism and genocide. The book’s goals are descriptive and analytical.  We (1) describe in what ways women are present (and/or perceived as absent) in political contexts involving violence, and (2) analyze what gender assumptions, identities, and frames women face and themselves express and act upon regarding political violence encountered in their lives.  The manuscript is divided into seven chapters: introduction, women as victims/survivors of violence, women as perpetrators of violence, women in social movements responding to violence, women politicians leading policy regarding violence, the public opinion of women and men concerning violence, and a conclusion.  Each chapter explores the intersection between gender and terrorism through the lens of the chapter focus.