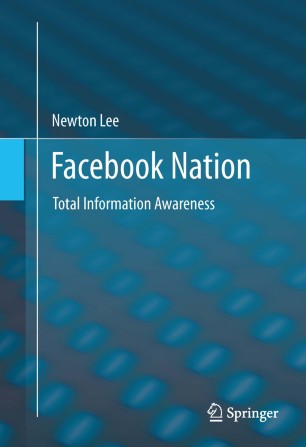 President Barack Obama, in his 2011 State of the Union Address, called America "the nation of Edison and the Wright brothers" and "of Google and Facebook." U.S. Chief Information Officer, Steven VanRoekel, said that America has become a "Facebook nation" that demands increased transparency and interactivity from the federal government. Facebook as a nation in 2012 would be the third largest country in the world with over 900 million citizens, after China and India. This book portrays the social media ecosystem as a world of increasing Total Information Awareness, which is essentially a civilian version of the controversial Total Information Awareness program unveiled in 2002 by the Defense Advanced Research Projects Agency (DARPA) at the U.S. Department of Defense. Back in the 60's, DARPA initiated and funded the research and development of Advanced Research Projects Agency Network (ARPANET) that went online in 1969. The success of ARPANET gave rise to the global commercial Internet in the 90's and the new generation of Fortune 500 companies today including Amazon.com, Google, eBay, and Yahoo!. As if life comes full circle in the 21st century, private businesses and the ubiquity of social networks such as Facebook, Google+, Twitter, and YouTube are creating the technologies and infrastructures necessary for the DARPA-proposed Total Information Awareness program.

WikiLeaks founder Julian Assange called Facebook "the most appalling spying machine that has ever been invented." Indeed, military and civilian technologies have interwoven into every fabric of our society, as Facebook co-founder and CEO Mark Zuckerberg said, "We exist at the intersection of technology and social issues." This book offers discourse and practical advice on the privacy issue in the age of big data, the rise of Facebook nation, and Total Information Awareness. Opening with President Ronald Reagan's 1984 National Security Decision Directive and ending with George Orwell's novel 1984, the author takes us on a roller-coaster ride through Facebook's botched IPO, Carrier IQ, Kony 2012, SOPA/PIPA blackout, cyber bullying, crime fighting, and a host of other timely issues facing our Facebook nation. Social media strategists, information architects, social scientists, policymakers, and academic scholars in the Program in Science, Technology, and Society (STS) will find this book a valuable asset.

“Newton Lee’s book, Facebook Nation: Total Information Awareness, is a great book for social media experts, offering a comprehensive look at Facebook in the context of social media, and covering privacy well. Facebook Nation is full of facts, stories, and quotes that will give you plenty to talk about with clients and co-workers. You can open any page of this book and read something that is interesting and worth knowing about social media. ... The chapters on facial-recognition technology, ambient social apps collecting data on you constantly, and other insights about your digital footprint will give you plenty to think about. ... Facebook Nation is the most thoroughly researched book I have seen about Facebook. ... Facebook Nation is a must have for the social media expert’s bookshelf. The wealth of facts contained in the book make it worth buying, and anyone active in the social space should be aware of the privacy considerations related to what they are building.” (Will M., AllFacebook.com, January, 2013)

“The author illustrates the pervasiveness of Facebook with stories of people addicted to using it. … The author gives a number of examples of misinformation on Facebook, Twitter, and YouTube. … The book is peppered with interesting tidbits that make it easy to read. … any reader, technical or nontechnical, will benefit from it.” (G. K. Gupta, ACM Computing Reviews, March, 2013)

“For anyone who has used a Facebook account to log on to any site, this work serves as an information disclosure on what individuals actually share when they post and what they voluntarily release to anyone with an account. … Lee’s book highlights how the information that people share can be used to help or harm them; it also will educate readers about this new irrevocable paradigm or technology integration. Summing Up: Highly recommended. Upper-division undergraduates through professionals/practitioners; general readers.” (T. D. Richardson, Choice, Vol. 50 (9), May, 2013)