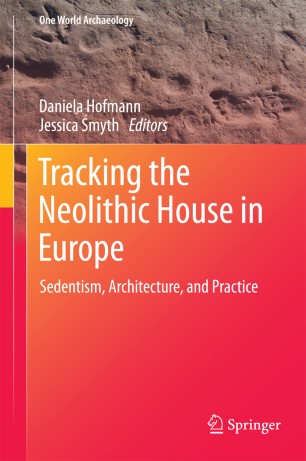 Tracking the Neolithic House in Europe

The Neolithic period sees the transformation from hunter-gatherer societies to farming groups, practising agriculture, domestication and sedentism. This lifestyle spread gradually from the Near East into Europe, and archaeologists have long focused on observing the movements of plants, animals and people. However, the changes in domestic architecture of the time have not been examined from an explicitly comparative perspective. Tracking the Neolithic house in Europe: Sedentism, Architecture, and Practice explores the ways in which the transition to sedentism is played out in the earliest houses in the Near East and across Europe.

Along with tracking sedentism, Neolithic houses also allow researchers to address changing cultural and group identity, and the varying social and cosmological significance of building. All these aspects alter considerably as one moves westwards and northwards across the European continent and as sedentism becomes more established in each region.

Chapters are arranged geographically and chronologically to allow for easy comparisons between neighbouring areas. Contributors address:

·        How houses facilitated certain kinds of routine practice and dwelling

·        The cosmological dimensions of domestic architecture