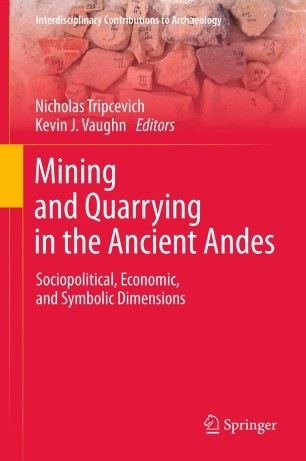 Mining and Quarrying in the Ancient Andes

From stone for building to metal ores for ceremonial display, extracting mineral resources from the earth played a central role in ancient Andean civilizations. Despite this, the sites that supported these activities have rarely been a source of interest to archaeologists, and comparative analysis between mines and quarries and their features has been exceedingly rare.

Mining and Quarrying in the Ancient Andes focuses on the primary extraction of a variety of materials that, in many cases, were used by cultures like the Inca, Wari and Tiwanaku in well-studied sites. The book delves into the broader mining practices that link diverse materials for a fascinating tour of the social and economic life of the prehispanic period, and of ancient technologies, some of which are still in use. Through the politics of the societies, the practical engineering issues of mineral extraction, and the symbolic nature of the locations, readers are given a broader context of mining and quarrying than is usually seen in the literature. Here, too, is a wide variety of sites, materials, and time periods, including:

Mining and Quarrying in the Ancient Andes will find an interested audience among archaeologists, geologists, anthropologists, historians, researchers studying Latin America, and scholars in the physical sciences with an interest in the history of mining and how mining is embedded in the wider social realm.