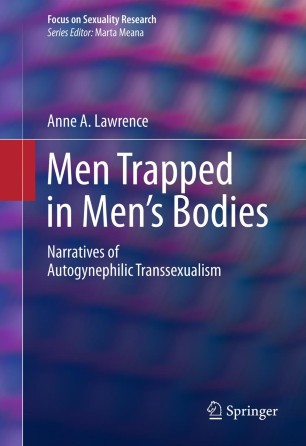 Part of the Focus on Sexuality Research book series (FOSR)

As a child, he played with trucks and action figures and wanted to be a firefighter. As a

youth, he began dressing up in his mother's clothes and becoming sexually aroused. When

he started dating, he dreamed of being his girlfriends. "What am I?" he asked his therapist.

"A transsexual? A transvestite? Something else?"

This vignette describes a man who experiences autogynephilia: a paraphilic disorder in

women and sometimes want to undergo sex reassignment and live as women. Men

countries. The book demonstrates that not all MtF transsexuals conform to the familiar

stereotype of women trapped in men's bodies: Many resemble—and even describe

themselves as—men trapped in men's bodies. Sometimes at odds with conventional

wisdom about the interrelationships of sex, gender, and sexuality, the book examines

the manifestations and clinical implications of autogynephilia, based on narratives

provided by over 300 autogynephilic MtF transsexuals and transgender persons: stories

of shame and confusion, courage and self-acceptance. The final chapter examines current

Included in this important volume are:

• Descriptions of different types of autogynephilia

• Contrasting views of the meaning of autogynephilia

For researchers who study gender dysphoria, MtF transsexualism, paraphilias, and

as well as their partners, family members, friends, and associates, the book is a welcome

new source of information and validation.