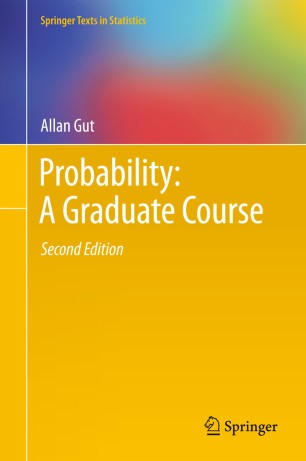 Like its predecessor, this book starts from the premise that, rather than being a purely mathematical discipline, probability theory is an intimate companion of statistics. The book starts with the basic tools, and goes on to cover a number of subjects in detail, including chapters on inequalities, characteristic functions and convergence. This is followed by a thorough treatment of the three main subjects in probability theory: the law of large numbers, the central limit theorem, and the law of the iterated logarithm. After a discussion of generalizations and extensions, the book concludes with an extensive chapter on martingales. The new edition is comprehensively updated, including some new material as well as around a dozen new references.