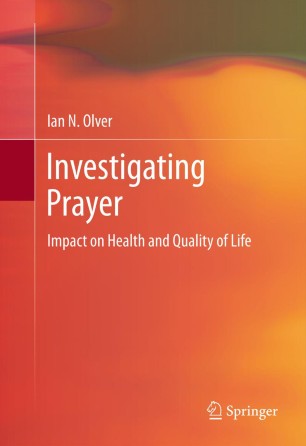 Impact on Health and Quality of Life

From the ancients to the Renaissance, religion and medicine worked hand in hand to heal the people, until the scientific minds of the Enlightenment created a physical model of illness without a spiritual component. In this century, spirituality is gaining recognition as part of individuals’ psychological makeup and capacity for meaning-making, and gaining currency as part of holistic concepts of wellness despite resistance from many in the scientific community.

Prayer: Investigating Its Impact on Quality of Life brings science and spirituality together, pointing out thought-provoking parallels and asserting that each can enrich the other. At the book’s center is a detailed study of a randomized double-blinded trial that added intercessory prayer (i.e., prayer for others) to conventional cancer treatment, with findings relevant to conceptions of prayer as intervention. In addition, a review of salient medical literature (including complementary and alternative medical journals) contains both positive and negative studies, encouraging a vigorous dialogue about methodology, endpoints, and whether metaphysical phenomena can—or should—be studied using scientific methods. Among the topics covered:

·       Prayer as complementary or alternative therapy.

·       The relationship between spiritual wellbeing and quality of life.

·       A randomized blinded study of intercessory prayer in patients with cancer.

Prayer: Investigating Its Impact on Quality of Life should interest readers on all sides of the debate, including doctors, practitioners, psychologists, psychiatrists, and others involved in holistic treatment of patients.