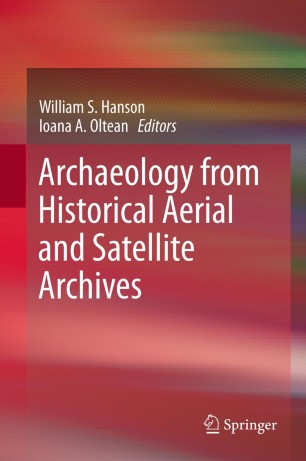 Major international historical archives of declassified military reconnaissance photographs and satellite images, combined with a range of national collections of vertical photographs, offer considerable potential for archaeological and historical landscape research. They provide a unique insight into the character of the landscape as it was over half a century or more ago, before the destructive impact of intensive land use and development. Millions of such images are held in archives around the world, yet their research potential goes largely untapped.

Archaeology from Historical Aerial and Satellite Archives draws attention to the existence and scope of these historical photographs to encourage their use in archaeological and landscape research. Not only do they provide a high-quality photographic record of the pre-modern landscape, but they also offer the prospect of the better survival of archaeological remains surviving as earthworks or cropmarks. These sources of imagery also provide an opportunity to examine areas of Europe and beyond whose skies are still not open to archaeological aerial reconnaissance.

Featured in the coverage:

By describing this massive resource, providing examples of its application to archaeological/landscape questions, and offering advice on access, Archaeology from Historical Aerial and Satellite Archives demonstrates its huge potential and encourages its further use, stimulating a new approach to archaeological survey and the study of landscape evolution among archaeologists, historians, social scientists, preservationists, and cultural heritage specialists.

Bill Hanson is the author or co-author of 4 books/monographs and editor or co-editor of 4 more, with over 100 published papers to his name in the fields of Roman and aerial archaeology. He has been active in aerial photographic research for over 25 years, having directed aerial survey programmes in both Scotland and Romania. He teaches archaeological remote sensing to undergraduates and for over 10 years has been responsible for a postgraduate taught Masters programme on aerial archaeology, currently the only one of its kind in Europe. Ioana Oltean is a Lecturer in Archaeology at the University of Exeter where, amongst other things, she teaches an undergraduate module on aerial archaeology. Her research in Roman Dacia and Moesia has focused on the utilisation of aerial and satellite data, including archival material, for the elucidation of landscape evolution. She has published one book and several papers on this theme, and undertaken her own aerial survey programme in Romania.

“Hanson, Oltean, and 27 colleagues (mostly British) focus on historical aerial and satellite images, motivated by a NATO-sponsored workshop (2000) and a 2007 conference on aerial photography. The editors provide informative discussions on the existence, scope, and potential access to images. … The 18 chapters are supplemented by 101 figures (28 in color) and four tables. … Summing Up: Recommended. Upper-division undergraduates and above.” (C. C. Kolb, Choice, Vol. 50 (10), June, 2013)