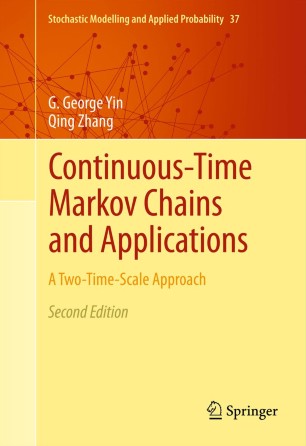 This book gives a systematic treatment of singularly perturbed systems that naturally arise in control and optimization, queueing networks, manufacturing systems, and financial engineering. It presents results on asymptotic expansions of solutions of Komogorov forward and backward equations, properties of functional occupation measures, exponential upper bounds, and functional limit results for Markov chains with weak and strong interactions. To bridge the gap between theory and applications, a large portion of the book is devoted to  applications in controlled dynamic systems, production planning, and numerical methods for controlled Markovian systems with large-scale and complex structures in the real-world problems. This second edition  has been updated throughout and includes two new chapters on asymptotic expansions of solutions for backward equations and hybrid LQG problems. The chapters on analytic and probabilistic properties of two-time-scale Markov chains have been almost completely rewritten and the notation has been streamlined and simplified.

This book is written for applied mathematicians, engineers, operations researchers, and applied scientists. Selected material from the book can also be used for a one semester advanced graduate-level course in applied probability and stochastic processes.

“The book is devoted to a study of continuous time singularly perturbed (SP) Markov chains and their applications in problems of control and optimization. … There is no doubt that this second, revised and updated edition will be also well received by the intended audience (researchers and graduate students in applied mathematics and control engineering interested in modeling and optimization of complex stochastic systems) and will excite further interest to the topic.” (Vladimir Gaitsgory, SIAM Review, Vol. 55 (4), 2013)