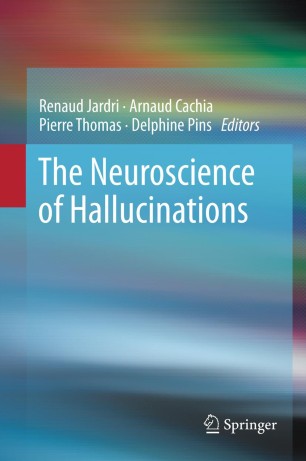 The Neuroscience of Hallucinations

Hallucinatory phenomena have held the fascination of science since the dawn of medicine, and the popular imagination from the beginning of recorded history. Their study has become a critical aspect of our knowledge of the brain, making significant strides in recent years with advances in neuroimaging, and has established common ground among what normally are regarded as disparate fields.

The Neuroscience of Hallucinations synthesizes the most up-to-date findings on these intriguing auditory, visual, olfactory, gustatory, and somatosensory experiences, from their molecular origins to their cognitive expression. In recognition of the wide audience for this information among the neuroscientific, medical, and psychology communities, its editors bring a mature evidence base to highly subjective experience. This knowledge is presented in comprehensive detail as leading researchers across the disciplines ground readers in the basics, offer current cognitive, neurobiological, and computational models of hallucinations, analyze the latest neuroimaging technologies, and discuss emerging interventions, including neuromodulation therapies, new antipsychotic drugs, and integrative programs. Among the topics covered:

Psychiatrists, neurologists, neuropsychologists, cognitive neuroscientists, clinical psychologists, and pharmacologists will welcome The Neuroscience of Hallucinations as a vital guide to the current state and promising future of their shared field.

Arnaud Cachia, Ph.D., is Associate Professor in Neurosciences at Université Paris Descartes, affiliated with the Center for Psychiatry and Neurosciences (INSERM, Ste-Anne Hospital) and the Laboratory for the Psychology of Child Development and Education (CNRS, Sorbonne).

Pierre Thomas, M.D., Ph.D., is Professor of Psychiatry at the Lille North of France University School of Medicine and Co-Research Director of the “Hallucinations & Delusions” team in the Functional Neuroscience and Disorders Laboratory (Lille, France).

Delphine Pins, Ph.D., is a CNRS researcher at the Functional Neurosciences and Disorders Laboratory (Lille, France), where she is Co-Research Director of the “Hallucinations & Delusions” team.