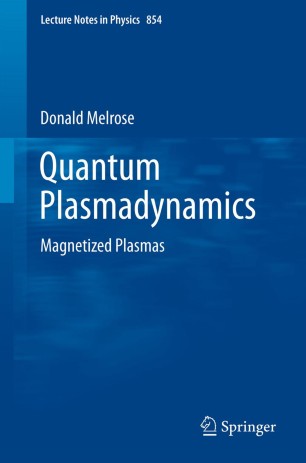 The covariant (4-tensor) theory for relativistic quantum plasmas presented in the first volume is generalized to magnetized plasma in this second volume. The first four chapters are concerned with classical theory, including covariant forms of cold-plasma, MHD and kinetic theory and the theory of gyromagnetic emission. The response 4-tensor for an arbitrary distribution is evaluated, using both the forward-scattering and Vlasov methods, applied to a relativistic thermal distribution and used to discuss wave dispersion in relativistic magnetized plasmas.  In the second half of the book, solutions of Dirac's equation for a magnetized electron are used to develop a magnetized version of QED. This form of QED is applied to gyromagnetic processes, the response of the magnetized vacuum and the response of a magnetized electron gas. The theory has a potentially wide range of applications, such as super-strong magnetic fields in pulsars, high-powered lasers and spin-dependence in a laboratory electron gas.