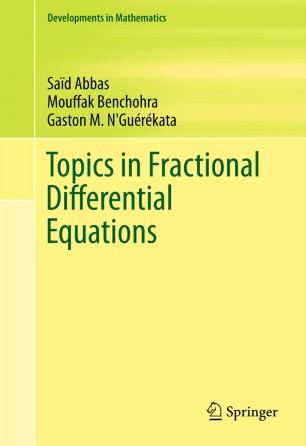 Part of the Developments in Mathematics book series (DEVM, volume 27)

During the last decade, there has been an explosion of interest in fractional dynamics as it was found to play a fundamental role in the modeling of a considerable number of phenomena; in particular the modeling of memory-dependent and complex media. Fractional calculus generalizes integrals and derivatives to non-integer orders and has emerged as an important tool for the study of dynamical systems where classical methods reveal strong limitations. This book is addressed to a wide audience of researchers working with fractional dynamics, including mathematicians, engineers, biologists, and physicists. This timely publication may also be suitable for a graduate level seminar for students studying differential equations.