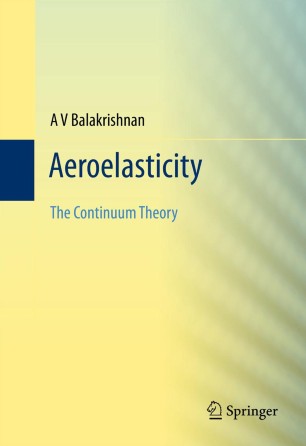 The author's approach is one of continuum models of the aerodynamic flow interacting with a flexible structure whose behavior is governed by partial differential equations. Both linear and nonlinear models are considered although much of the book is concerned with the former while keeping the latter clearly in view. A complete chapter is also devoted to nonlinear theory. The author has provided new insights into the classical inviscid aerodynamics and raises novel and interesting questions on fundamental issues that have too often been neglected or forgotten in the development of the early history of the subject. The author contrasts his approach with discrete models for the unsteady aerodynamic flow and the finite element model for the structure. Much of the aeroelasticity has been developed with applications formerly in mind because of its enormous consequences for the safety of aircraft.

Aeroelastic instabilities such as divergence and flutter and aeroelastic responses to gusts can pose a significant hazard to the aircraft and impact its performance. Yet, it is now recognized that there are many other physical phenomena that have similar characteristics ranging from flows around flexible tall buildings and long span bridges, alternate energy sources such as electric power generation by smart structures to flows internal to the human body.

"For the theorist and applied mathematician who wishes an introduction to this fascinating subject as well as for the experienced aeroelastician who is open to new challenges and a fresh viewpoint, this book and its author have much to offer the reader."