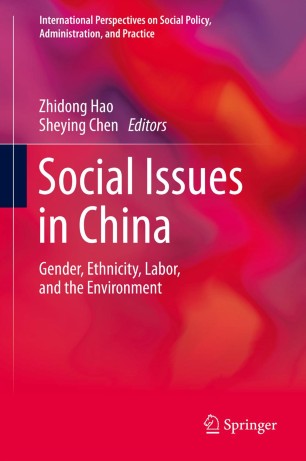 Gender, Ethnicity, Labor, and the Environment

Gender, Ethnicity, Labor, and the Environment

One of the great ironies of world politics belongs to China. Having carried out a revolution to reform societal ills, it has ended up with broadly the same problems as the West: gender inequities, ethnic conflict, labor disputes, and environmental decline.

Now, in tandem with its recent economic development, movements toward social justice are poised to further transform the nation.

Social Issues in China offers a fascinating multilayered study of wide-scale problems and the actors and activists involved in their possible solutions. Divided equally among gender, labor, ethnicity, and the environment (with some matters compounded by questions of age and geography), chapters illuminate tensions between public policy--some recent, others centuries old--and public participation by intellectuals and various disadvantaged groups. A constant throughout these pages is the potential for change in a nation's political, social, and cultural institutions, toward a more responsive society, a more responsible government, and improved quality of life for its people. Among the featured concerns:

Zhadong Hao is professor in the Department of Sociology and academic manager of the Social Science Research Center on Contemporary China at the University of Macao.

Sheying Chen is professor of social policy and associate provost for academic affairs at Pace University in New York. He is series co-editor, as well as co-editor of Springers series International Perspectives on Aging. He has also co-edited a special issue of Ageing International and recentlyjoined that journal as an associate editor.