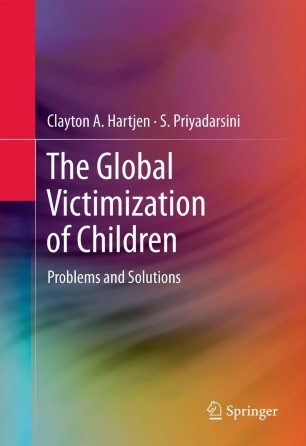 The Global Victimization of Children

This book describes the concept of child victimization in all its facets. Millions of young people throughout the world face violence, sexual, physical, and emotional abuse and exploitation on a daily basis. The worldwide victimization of young people can be prevented, or, at least, its incidence can be greatly reduced, if purposeful action is taken to do so. This volume documents some of the ways in which young people throughout the world are victimized, and suggests strategies for preventing various forms of child victimization. Eight distinct forms of victimization are identified and analyzed in detail. Included are discussions on child prostitution and pornography, economic exploitation through child labor and trafficking, physical and other abuse inflicted on young people in schools and other institutions, the use of children as armed combatants, and the denial of the basic needs and rights of children to such things as home and to education. In each chapter the authors discuss the nature of the victimization, its global dimensions and prevalence, and the measures governments and/or others are taking, or failing to take, to combat the harm based on the concept that youth victimization is a form of government crime.