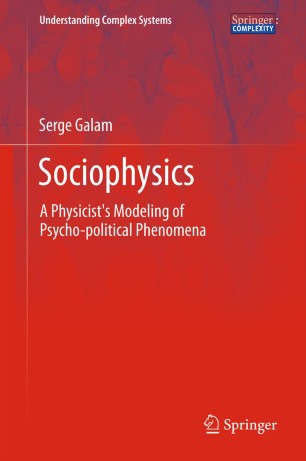 A Physicist's Modeling of Psycho-political Phenomena

Do humans behave much like atoms? Sociophysics, which uses tools and concepts from the physics of disordered matter to describe some aspects of social and political behavior, answers in the affirmative. But advocating the use of models from the physical sciences to understand human behavior could be perceived as tantamount to dismissing the existence of human free will and also enabling those seeking manipulative skills. This thought-provoking book argues it is just the contrary.

Indeed, future developments and evaluation will either show sociophyics to be inadequate, thus supporting the hypothesis that people can primarily be considered to be free agents, or valid, thus opening the path to a radically different vision of society and personal responsibility. This book attempts to explain why and how humans behave much like atoms, at least in some aspects of their collective lives, and then proposes how this knowledge can serve as a unique key to a dramatic leap forwards in achieving more social freedom in the real world. At heart, sociophysics and this book are about better comprehending the richness and potential of our social interaction, and so distancing ourselves from inanimate atoms.

Serge Galam is a theoretical physicist specialized in disordered systems with doctorate degrees from Paris and Tel-Aviv. After being a research associate at the City College of New York and an assistant professor at New York University, he joined the CNRS in Paris where he is currently working at the Research Center in Applied Epistemology at the 'Ecole Polytechnique. He is the proud father of sociophysics, a new field of study that he envisioned and initiated more than thirty years ago.

He has authored over 120 research papers in the best international journals, three books,  over 60 popular articles and 30 book chapters and given about 300 talks throughout the world.