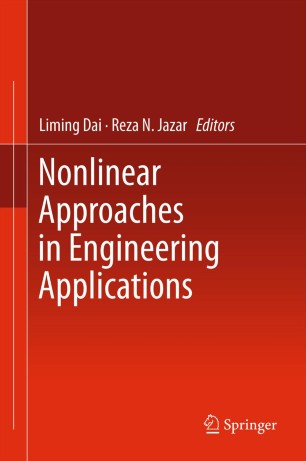 Nonlinear Approaches in Engineering Applications focuses on nonlinear phenomena that are common in the engineering field. The nonlinear approaches described in this book provide a sound theoretical base and practical tools to design and analyze engineering systems with high efficiency and accuracy and with less energy and downtime. Presented here are nonlinear approaches in areas such as dynamic systems, optimal control and approaches in nonlinear dynamics and acoustics. Coverage encompasses a wide range of applications and fields including mathematical modeling and nonlinear behavior as applied to microresonators, nanotechnologies, nonlinear behavior in soil erosion,nonlinear population dynamics, and optimization in reducing vibration and noise as well as vibration in triple-walled carbon nanotubes. This book also:

Nonlinear Approaches in Engineering Applications is an ideal book for engineers,scientists, researchers, engineering and physics students at the undergraduate and graduate levels, as well as individuals interested in engineering, physics,and mathematics.