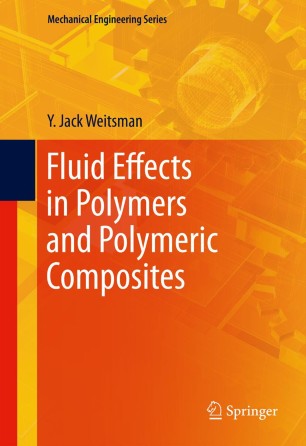 Fluid Effects in Polymers and Polymeric Composites, written by the late Dr. Y. Jack Weitsman, addresses the wide range of parameters that affect the interaction of fluids with polymers and polymeric composites. The book aims at broadening the scope of available data, mostly limited up to this time to weight-gain recordings of fluid ingress into polymers and composites, to the practical circumstances of fluctuating exposure. Various forms of experimental data are given, in conjunction with theoretical models derived from basic scientific principles, and correlated with severity of exposure conditions and interpreted by means of rationally based theoretical models. The practical implications of the effects of fluids are discussed.

The issue of fluid effects on polymers and polymeric composites is of concern to engineers and scientists active in aerospace and naval structures, as an increasing portion of these structures are made of polymeric composites and employ polymeric adhesives as a joining device. While the book is intended for this audience, it will also interest researchers and  graduate students interested in the mechanics and materials aspects of this matter.