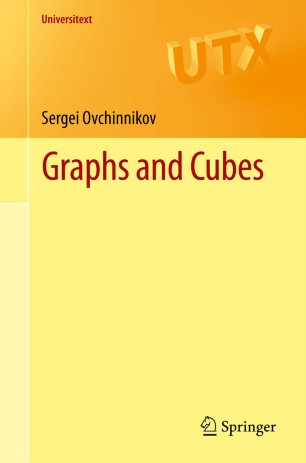 This introductory text in graph theory focuses on partial cubes, which are graphs that are isometrically embeddable into hypercubes of an arbitrary dimension, as well as bipartite graphs, and cubical graphs. This branch of graph theory has developed rapidly during the past three decades, producing exciting results and establishing links to other branches of mathematics.

Currently, Graphs and Cubes is the only book available on the market that presents a comprehensive coverage of cubical graph and partial cube theories.  Many exercises, along with historical notes, are included at the end of every chapter, and readers are encouraged to explore the exercises fully, and use them as a basis for research projects.

The prerequisites for this text include familiarity with basic mathematical concepts and methods on the level of undergraduate courses in discrete mathematics, linear algebra, group theory, and topology of Euclidean spaces. While the book is intended for lower-division graduate students in mathematics, it will be of interest to a much wider audience; because of their rich structural properties, partial cubes appear in theoretical computer science, coding theory, genetics, and even the political and social sciences.