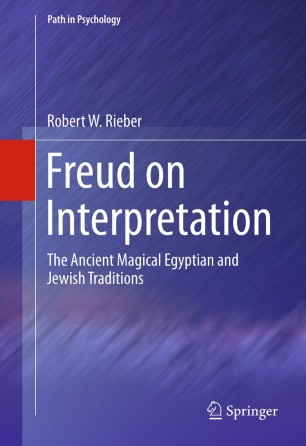 In its early days, some saw psychology as a substitute for religion. Others regarded it as a new religion in its own right. What was less obvious to most observers--and far less obvious today--were the roots of Freud's work in the ancient mystical teachings of the Middle East.

A unique analysis, Freud on Interpretation examines the inner workings of his thought process and the rich mine of knowledge that led him toward his theories and therapies. In the beliefs of ancient Egypt, with its sexually ambiguous dieties, and ancient Israel, with its Biblical accounts of madness and feigned madness, are found surprising sources of inspiration for such core Freudian concepts as free association, dream interpretation, the psychosexual stages, the libido, and the unconscious. Psychoanalyis here is seen in its early growth stages, fed and nurtured by philosophers, scientists, and fearless mind explorers; and Freud is boldly synthesizing modes

of knowledge from an age when science and superstition were rarely separate. This compelling volume:

Freud on Interpretation is stimulating reading for clinical psychologists and those interested in the intellectual and professional development of the master psychiatrist.