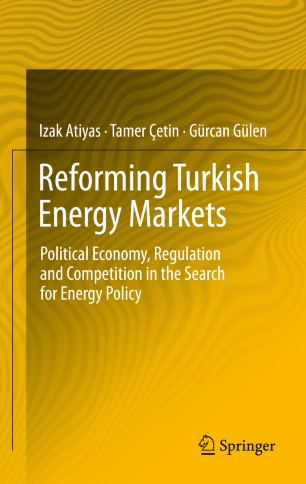 Political Economy, Regulation and Competition in the Search for Energy Policy

Turkey has been reforming its energy markets since the 1980s, culminating in two major bills in the early 2000s. The country has restructured electricity and natural gas markets, establishing an independent regulatory agency (EMRA) and passed legislation on renewable and nuclear energy. With these regulatory reforms, Turkey, as a candidate country for accession to the European Union (EU), has aimed to direct the energy markets to a more competitive environment in parallel with EU energy directives.  This book contains an analysis of regulatory reforms in Turkish energy markets (electricity, natural gas, renewable and nuclear energy), the impact of these reforms on country’s energy portfolio and role in global energy trade, especially between the EU, the Caspian, Caucasus, and Central Asia.  Finally, the book concludes with recommendations for Turkish energy policy.

The authors are expert scholars who have written extensively on Turkish regulatory reform and energy economics and who have broad knowledge of global energy market dynamics.  The book will be a unique guide for those concerned with the different areas of the Turkish economy and international audiences interested in energy markets of Turkey and surrounding regions, making the book of interest to not only researchers in academia but also industry practitioners, regulators and policy makers as well.