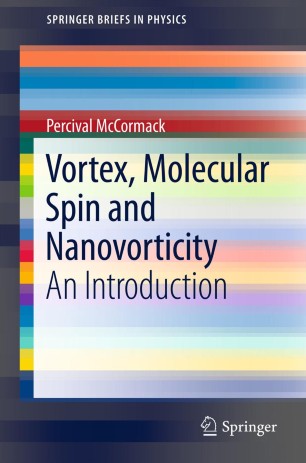 The subject of this book is the physics of vortices. A detailed analysis of the dynamics of vortices will be presented. The important topics of vorticity and molecular spin will be dealt with, including the electromagnetic analogy and quantization in superfluids. The effect of molecular spin on the dynamics of molecular nano-confined fluids using the extended Navier-Stokes equations will also be covered –especially important to the theory and applicability of nanofluidics and associated devices. The nanoscale boundary layer and nanoscale vortex core are regions of intense vorticity (molecular spin). It will be shown, based on molecular kinetic theory and thermodynamics, that the macroscopic (solid body) rotation must be accompanied by internal rotation of the molecules. Electric polarization of the internal molecular rotations about the local rotation axis –the Barnett effect – occurs. In such a spin aligned system, major changes in the physical properties of the fluid result.