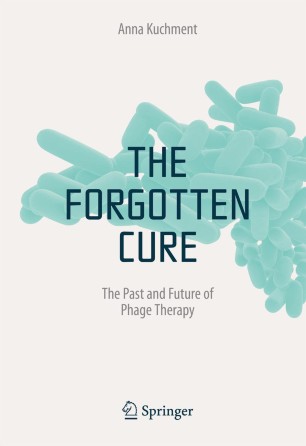 The Past and Future of Phage Therapy

“Bacteriophages have the potential to stop many if not most life threatening, drug resistant bacterial infections.  The Forgotten Cure is a non-stop, cover to cover read.”

“A lively tale of killer viruses, superbugs and a magical cure that has all the twists of a cold-war spy novel.” – George Hackett, Newsweek magazine

“A marvelous, jargon-free historical account of the genesis, the ups-and-downs, and the current renaissance of phage therapy. The Forgotten Cure ranks at the level of Judson’s Eighth Day of Creation.”

The Forgotten Cure: How a Long Lost Treatment Can Save Lives in the 21st Century

Before the arrival of penicillin in the 1940s, phage therapy was one of the few weapons doctors had against bacterial infections. It saved the life of Hollywood legend Tom Mix before being abandoned by Western science. Now, researchers and physicians are rediscovering the treatment, which pits phage viruses against their natural bacterial hosts, as a potential weapon against antibiotic-resistant infections.

The Forgotten Cure traces the story of phages from Paris, where they were discovered in 1917; to Tbilisi, Georgia, where one of phage therapy’s earliest proponents died at the hands of Stalin; to the Nobel podium, where prominent scientists have been recognized for breakthroughs stemming from phage research. Today, a crop of biotech startups and dedicated physicians is racing to win regulatory approval for phage therapy before superbugs exhaust the last drug in the medical arsenal. Will they clear the hurdles in time?