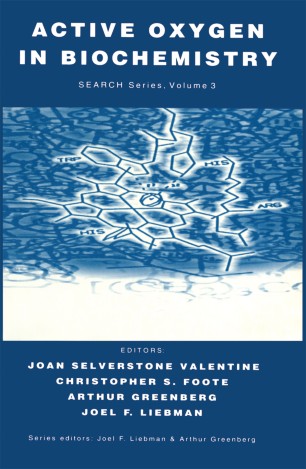 The field of "Oxygen Activation" has attracted considerable interest recently, not only because it presents challenges in those fields of basic research that aim to understand the fundamental aspects of chemical and biological reactions that involve dioxygen, but also because of its wide range of practical implications in such diverse fields as medicine, synthesis of pharmaceuticals and other organic compounds, materials science, and atmospheric science. This is the second of two volumes that focus on the subject of oxygen activation, the first slanted toward chemistry and the second toward biological chemistry. We planned these volumes to be more general than many monographs of this sort, not as detailed summaries of the authors' own research but rather as general overviews of the field. Our choice of topics was strongly influenced by our syllabus for a course entitled "Oxygen Chemistry," which two of us have twice taught jointly at UCLA. Definition of important issues, horizons, and future prospects was an important goal, and, although totally comprehensive coverage was not possible, we believe that we have chosen a representative selection of research topics current to the field. We have targeted this work to a diverse audience ranging from professionals in fields from physics to medicine to beginning graduate students who are interested in rapidly acquiring the basics of this field.