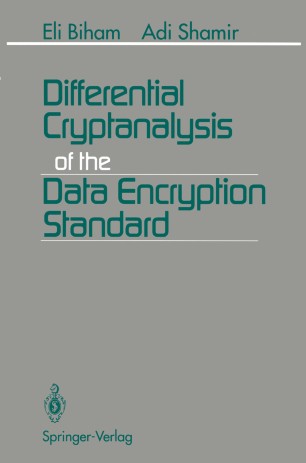 DES, the Data Encryption Standard, is the best known and most widely used civilian cryptosystem. It was developed by IBM and adopted as a US national standard in the mid 1970`s, and had resisted all attacks in the last 15 years. This book presents the first successful attack which can break the full 16 round DES faster than via exhaustive search. It describes in full detail, the novel technique of Differential Cryptanalysis, and demonstrates its applicability to a wide variety of cryptosystems and hash functions, including FEAL, Khafre, REDOC-II, LOKI, Lucifer, Snefru, N-Hash, and many modified versions of DES. The methodology used offers valuable insights to anyone interested in data security and cryptography, and points out the intricacies of developing, evaluating, testing, and implementing such schemes. This book was written by two of the field`s leading researchers, and describes state-of-the-art research in a clear and completely contained manner.