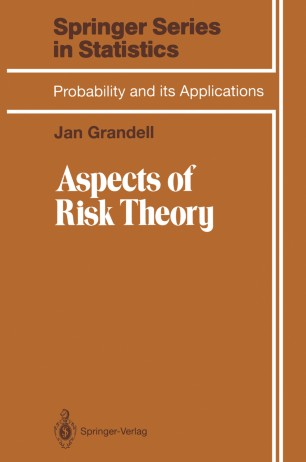 Risk theory, which deals with stochastic models of an insurance business, is a classical application of probability theory. The fundamental problem in risk theory is to investigate the ruin possibility of the risk business. Traditionally the occurrence of the claims is described by a Poisson process and the cost of the claims by a sequence of random variables. This book is a treatise of risk theory with emphasis on models where the occurrence of the claims is described by more general point processes than the Poisson process, such as renewal processes, Cox processes and general stationary point processes. In the Cox case the possibility of risk fluctuation is explicitly taken into account. The presentation is based on modern probabilistic methods rather than on analytic methods. The theory is accompanied with discussions on practical evaluation of ruin probabilities and statistical estimation. Many numerical illustrations of the results are given.