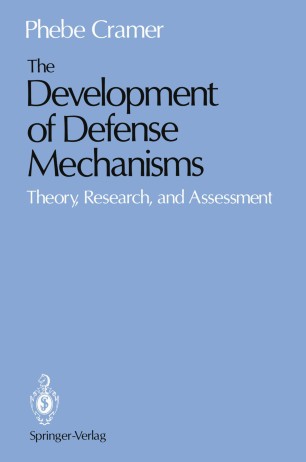 The Development of Defense Mechanisms

The idea that the human mind-that faculty of the intellect which we use to define and discern the truth-might also be used to deceive itself is not new. The classic orator Demosthenes warned of this possibility in 349 B.C. when he wrote that "Nothing is more easy than to deceive one's self; what a man wishes he generally believes to be true." 1 Even Jean Jacques Rousseau, who suggested the possibility of man as "noble savage," alerts us to this paradox, when he writes "Jamais fa nature ne nous trompe; c'est toujours nous qui nous trompons" ("Nature never deceives us; it is always we who deceive ourselves). 2 But it was Sigmund Freud who placed this idea firmly into the field of psychopathology and then, later, into a general psychological theory. According to Freud, understanding the function of a defense mechanism means not only fathoming the origin of pathological symptoms but also comprehending a model of the mind that includes both conscious and unconscious mental processes. From this initial focus on the general process of defense, Freud and his followers went on to identify various forms this process might take, with the result that today we have a list of 3 more than 37 defense mechanisms described in the literature.