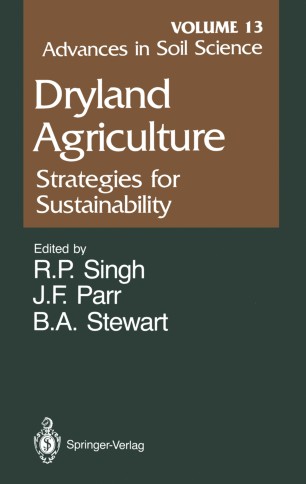 From the beginning of agriculture until about 1950, increased food production came almost entirely from expanding the cropland base. Since 1950, however, the yield per unit of land area for major crops has increased dramatically. Much of the increase in yields was because of increased inputs of energy. Between 1950 and 1985, the farm tractor fleet quadrupled, world irrigated area tripled, and use of fertilizer increased ninefold. Between 1950 and 1985, the total energy used in world agriculture increased 6. 9 times. Irrigation played a particularly important role in the rapid increase in food production between 1950 and 1985. The world's irrigated land in 1950 totaled 94 million hectares but increased to 140 million by 1960, to 198 million by 1970, and to 271 million hectares in 1985. However, the current rate of expansion has slowed to less than 1 % per year. The world population continues to increase and agricultural production by the year 2000 will have to be 50 to 60% greater than in 1980 to meet demands. This continued demand for food and fiber, coupled with the sharp decline in the growth rate of irrigation development, means that much of the additional agricultural production in future years must come from cultivated land that is not irrigated. Agricultural production will be expanded in the arid and semiarid regions because these regions make up vast areas in developing countries where populations are rapidly rising.