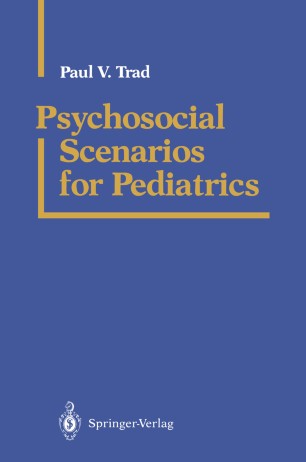 My interest in writing this book was sparked several years ago when I serv ed as a psychiatric liaison on a pediatric unit of a major urban hospital. I was asked to assess a 7-year-old Hispanic boy who had been admitted to the hospital several days earlier with complaints of chronic abdominal pain. Comprehensive physical evaluations of the child had revealed no organic abnormality or disease process, and the pedia­ tricians assigned to the case had begun to suspect that the little boy's symptoma­ tology sternmed from an emotional problem. After meeting with the child for several sessions, I learned that his abdominal pains had persisted for approximately 3 years, preventing him from attending school on a regular basis or from engaging in other activities. A detailed elinical history revealed that roughly 4 years earlier, the child's mother had remarried and this stepfather had moved into the home. The child's comments with respeet to this man were highly ambivalent. Nor was the nature of these conflicting feelings apparent to me at the time. Several days later, however, when the child had been told the date of his discharge from the hospital, I was informed that his anxiety had increased dramatically.